Posted on 17 September 2019 Categories: Interviews-en Comments are off for this post 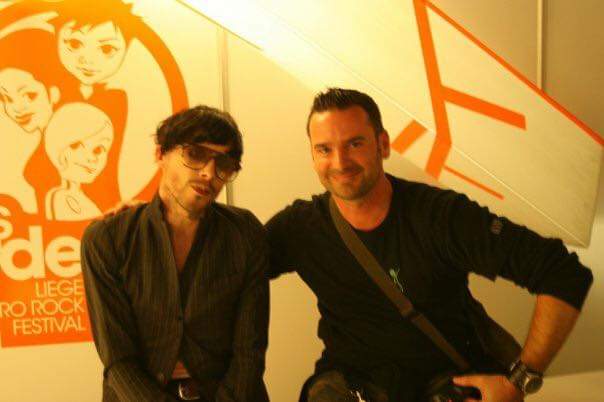 Interview realized during the festival Les Ardentes in Liège

Live: What is your best live experience so far?

Chris: My intention is to make each show a unique show. There have been many very good experiences, it’s always a time that I love and different. I try to always give the best of myself on stage. By cons, I can tell you my worst experience.
We were on stage in Eastern Europe, I think it was in Bratislava. It was a pretty intimate concert. A girl in frontage asks me to play a specific song for her. I had not planned to play this song, and I must say that it was a fairly new song that I had hardly ever played. So I had to refuse him.
At that moment, she dipped her hand into her bag and took out a bottle of glass that she broke. She took a piece of glass and opened her veins in front of me.
You imagine the state in which I was after this experience. But all the others are superb, thankfully!

Live: Becoming X, IAM X … what does the letter X mean to you?

Chris: It’s abstract, it takes a different meaning every time. Sometimes the X will represent art, sometimes relationships, sometimes family etc …
I wanted to have a universal symbol that you can use in many ways. This symbol is used wrongly and through but I had to find a name! But for me,
it’s a kind of (I do not like to use that word) spiritual connection. The X is flexible, abstract, variable, depending on where I am in my life. At the moment, this represents creativity in art and free expression. Creative freedom and freedom of expression are the most important things in my life.

Live: Are you talking about the moment of creativity, it’s you who brings this creativity to your music and your stage outfits? Chris Corner

Chris: I think I’m a perfectionist, I have to control situations. But I consider myself a Gentleman dictator. Music is one of the things I’ve borrowed, but I’m also very interested in making movies, I think I would have liked to do that, but I chose music. In terms of creativity, yes it comes from me and I try to be as creative as possible on stage by incorporating this other passion that are the movies.

Chris: A fictional character? Well, I’m pretty fan of Fellini’s movies. He manages to mix comedy, tragedy and philosophy.
I think I have this romantic vision in my head of a sad clown. In fact, a mixture of a character at once sad, aggressive, tender and comical. I think it describes me quite well actually (Laughter).

Chris: I’m not really familiar with Yin and Yang, Yin is black, white?

Live: The yin is black!

Chris: So I’m Yin at that moment, indeed (laughs).

Live: My last question refers to one of your songs: “President”. If you were president, what would you change first?

Chris: Oh my god, (Laughter) For me politics is poison. The song is not realistic, it’s a fiction, I do not think I’m able to project myself as a politician. I think what should change is politics itself. Finally, if I had to change something, I guess it would be the abolition of money, I do not know how it would be possible, but it would be really good.